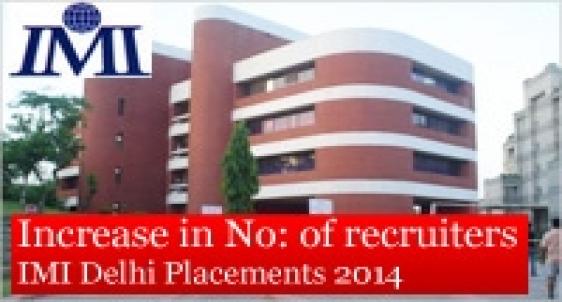 'The package offered by companies as compared to last year did not see much change' Prof Subir Verma, Dean, placement

Placement at IMI Delhi did not see much change except for the fact that more recruiters visited IMI campus for recruitment and more offers were made by the BFSI sector. According to Prof Subir Verma, Dean, placements, IMI “except for the firms in BFSI sector overall number of offers per company declined”.

Rise in Number of recruiters

The highest salary offered at IMI Delhi stood at Rs.16 lakhs whereas the median salary was Rs.8 lakhs. According to Prof Subir Verma ‘the package offered by companies as compared to last year did not see much change’

Also read other articles on Placements 2014:

Stay tuned to MBAuniverse.com for more news and updates on IMI Delhi Placements 2014