MBAUniverse.com News Desk | :
December 15, 2014
The Normalization process to be implemented shall adjust for location and scale differences of score distributions across different forms 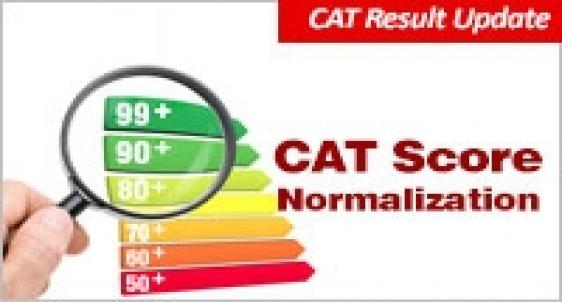 Experts with MBAUniverse.com have been working and have decoded the pattern of normalization and calculation of percentile in CAT 2014

The confusion on transparent process on score normalization and calculation of percentile continued even after publication of score normalization by CAT Centre 2014. The process claims to focus on Fairness, Equity and comparison of performances across the 4 test sessions in CAT 2014. However, the Normalization process remains without details.

CAT Centre 2014 declared “In order to ensure fairness and equity in comparison of performances of the candidates across different test sessions, the scores of the candidates shall be subjected to a process of Normalization. The Normalization process to be implemented shall adjust for location and scale differences of score distributions across different forms and the scaled scores obtained by this process shall be converted into percentiles for purposes of shortlisting.”

As per GATE pattern

On the question of transparency of normalization process across the multiple sessions CAT Centre 2014 states “The process of Normalization is an established practice for comparing candidate scores across multiple Forms and is similar to those being adopted in other large educational selection tests conducted in India such as Graduate Aptitude Test in Engineering (GATE).”

The problem arose when the candidates had to understand first the GATE process which stands a bit changed in 2014. Those appearing in GATE or have understood the process it is good for them to understand it well but for those who are unaware about the process have to understand the GATE process first. In fact the commerce, science, medical, paramedical and graduates in Humanities who appeared in CAT 2014 still remained oblivious of this process.

During 2014, the CE, CS, EC, EE and ME examinations are conducted  in multiple sessions. Suitable normalization process is therefore applied to take into account any variation in the difficulty levels of the question sets across the different sessions. The normalization is done based on the fundamental assumption that "in all multi-session GATE papers, the distribution of abilities of candidates is the same across all the sessions".

So what`s the GATE formula

Based on the above the committee arrived at the following formula for calculating the normalized marks, for CE, CS, EC, EE and ME subjects. From GATE 2014 onward (and year 2014-15 of the 2-year validity period of GATE 2013 score), a candidate's GATE score is computed by the following new formula.

A candidate's percentile denotes the percentage of candidates scoring lower than that particular candidate. It is calculated as: Percentile = ( 1 - All India rank( No. of candidates in that subject) x 100%

The normalization process for CAT 2014

The above score is supposed to fetch a percentile near about 99.5. On the similar note and going by the relative difficulty level across the sections in different slots of CAT 2014 examination, it is expected that CAT 2014 takers could score a higher percentile in CAT 2014 than they could score in earlier CAT exams.

CAT 2014 Over: Now what should be your plan; plan A or Plan B, check & march to implement

CAT 2014: Rectify Discrepancy from today; dates postponed and changed from Nov 25 to Nov 27

Stay tuned to MBAUniverse.com for more updates on CAT 2014 percentile