CAT 2014: Result how many of you going to get the call from IIMs

MBAUniverse.com News Desk | :
December 16, 2014
Out of 1.97 lakhs candidates registered for CAT 2014, how many would be shortlisted by these top rated B schools is the big issue and how many will be able to convert this call is the biggest issue. 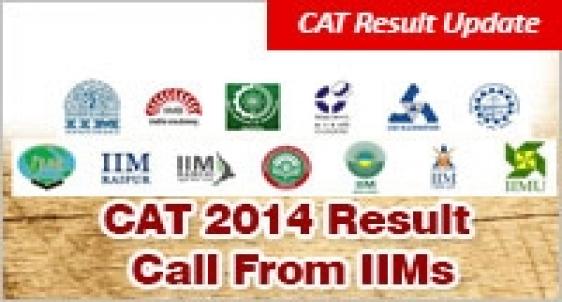 Around 30 thousand candidates will be shortlisted for final admission round according to the admission policy 2015 already declared by different IIMs.

As claimed and published by CAT Centre 2014, the much awaited result of CAT 2014 exam is expected to be declared in the 3rd week of Dec 2014. With Dr Rohit Kapoor saying “We are in the activity of processing the results. Final checks are also underway. As far as dates are concerned, we will shortly announce it on our website. Request the candidates to wait for now” it appears that the declaration of CAT 2014 result may not be delayed.

No change in shortlisting criteria appears in admission process 2015 at IIMs and other top rated B schools like FMS, MDI, SPJIMR, NITIE, IMT, BIMTECH, FORE, TAPMI. Out of 1.97 lakhs candidates registered for CAT 2014, how many would be shortlisted by these top rated B schools is the big issue and how many will be able to convert this call is the biggest issue.

Around 4 thousand students will be admitted in various PGDM programmes in 2015 at 19 IIMs in all. Out of them 7 are the older IIMs namely IIMA, B, C, L, I, K, S who admit about 3000 students. Then there are 6 new IIMs namely IIM Ranchi, Rohtak, Raipur, Kashipur, Trichy and Udaipur with an intake of 700 students. Adding to this score Govt of India has announced setting of another 6 IIMs in other states. These IIMs will start functioning from admission session 2015 adding another 300 seats for PGDM batch 2015-17.

Approximately 15 percent candidates didn’t take CAT 2014 exam despite getting registered for it. It means out of 1.97 lakhs candidates, around 28 thousand couldn’t take CAT 2014. Now the total number of test takers is left with 1.69 candidates. CAT in fact is taken seriously by around 40 to 50 thousand candidates who get the opportunity of final admission offers from top rated B schools.

Now you have to be among top 30-40 thousand to get shortlisted by IIMs or other top B schools. The issue now is how you can satisfy the shortlisting criteria of these top rated b schools.  It may not be so difficult to find out, if you can assess yourself on a few key yardsticks detailed below.

Will the high percentile suffice…

For example IIM C, on a scale of 100 awards 77 point weightage to CAT 2014 percentile; if you have scored 81+ percent marks in class X and class XII you will get an additional weightage of 20 points while gender diversity will be awarded another 3 points in shortlisting for final admission round.

It clearly indicates that despite scoring high percentile in CAT 2014 you need to have excellent academic background and by chance if you are female it will be an additional advantage. Please note above is only an example of one B school, every IIM has its own shortlisting criteria which may have varying weightages.

After shortlisting, need to convert the call

While the role of CAT 2014 is very important to explore admission opportunities, the weightage of Academics, work experience, Written Ability and Personal Interview after this computer based written CAT 2014 in final admission round has increased tremendously.

IIMs have 2 stage admission process after CAT 2014 results are declared to select the candidates for the 2015-17 batch of PGDM. In the first step, candidates are short-listed for Group Discussion(GD), Writing Ability Test(WAT) and Personal Interview (PI) from among the candidates who have a valid CAT 2014 score, who have applied for the programme and who satisfy the eligibility criteria for the programme. Number of IIMs have substituted GD by WAT or have added WAT to GD, in either case the importance of WAT and PI in final admission round is more than the weightage to CAT 2014 scores to convert the call of admission. Candidates therefore have to ensure to score high in PI round to convert the call in IIMs.

Stay tuned to MBAUniverse.com for more updates on IIM admission after CAT 2014.