MBAUniverse.com News Desk | :
December 31, 2014
Whether the high percentilers will be shortlisted by IIM Ahmedabad for final admission round or there is some technical glitch even after scoring such a high percentile remains to be seen. 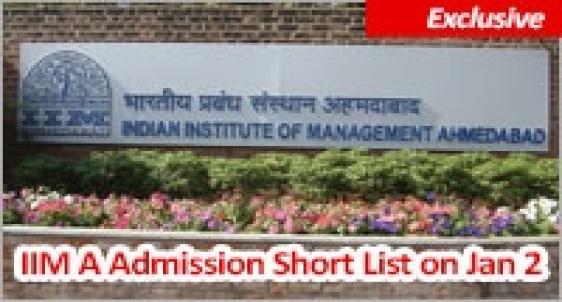 According to IIM Ahmedabad, the “Short List of candidates to be called for AWT-PI for PGP 2015-17 is likely to be available on January 2, 2015”.  While AWT stands for Academic Written Test, PI stands for Personal Interview round at IIM Ahmedabad.

The early declaration of CAT 2014 result has brought this pleasant surprise by IIMA to declare the short list of candidates for final admission round on January 2, 2015. In earlier years, the shortlist could be made available in the last week of January or in the month of February by IIMA since the CAT results were declared in the 2nd or 3rd week of January every year.

How many to get admission in IIMA

IIM A will admit around 400+ students for PGP batch 2015-17 in admission session 2015. On an average 8-10 times candidates are shortlisted by each IIM independently in accordance with its shortlisting criteria. Hence around 4000 successful CAT 2014 takers with high overall as well as high sectional percentile are supposed to be shortlisted for next phase of admission round at IIMA.

You may not even think of converting the call at IIMA, unless you are shortlisted for PI-WAT round.  While CAT 2014 score is the mandatory basic criteria to short list the candidates for Written Ability Test (WAT) and Personal Interview (PI) round, it has many riders.

What does IIMA expect from you

IIM A expects you to score a high percentile in CAT 2014, overall as well as sectional. You may not be shortlisted despite scoring a very high overall percentile but weak and uneven sectional percentile.

Apart from the high CAT 2014 percentile, if you do not have excellent academic record you may not be shortlisted. Before offering you admission after final admission round IIMA wants you to score high in WAT & PI round also.

IIMA is going to announce its list of shortlisted candidates for final admission round on January 2, 2015. The candidates who have consistent excellent academic record with 90%+ marks right from their class 10th exam and have scored high sectional percentile of 90+ with overall percentile of 97 to 100 can expect the call from IIMA. Besides the AWT and PI will again be the core rounds requiring high scores in each of them to convert the call for admission 2015

If you have excellent academic profile and high CAT 2014 sectional as well as overall scores, you may be one of the shortlisted candidates by IIMA for final admission round.

CAT 2014: Result how many of you going to get the call from IIMs

Stay tuned to MBAUniverse.com for more updates on IIMA admission 2015