MBAUniverse.com News Desk | :
January 17, 2015
The 6 new IIMs propose to announce the shortlist based purely on CAT 2014 performance overall as well as sectionwise. 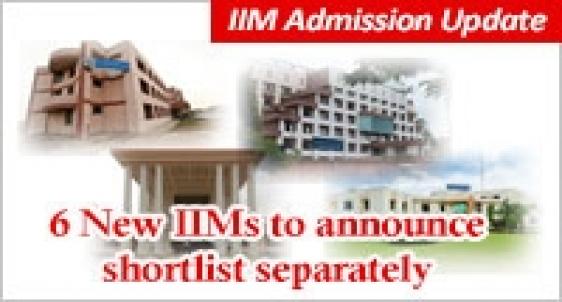 Unlike the older IIMs who have taken into consideration the academic profile and other factors apart from CAT 2014 scores to shortlist the candidates for PI round 2015, the 6 new IIMs propose to announce the shortlist based purely on CAT 2014 performance overall as well as sectionwise

All the 6 new IIMs will separately declare the shortlist of candidates for final admission round 2015 named as Common Admission process (CAP) 2015. While the Common Admission Process (CAP) for admission to PGDM 2015-17 batch to six new IIMs Kashipur, Raipur, Ranchi, Rohtak, Trichy, Udaipur will be coordinated by IIM Udaipur,  the shortlist of candidates will be declared by each of the new IIMs individually based on their respective shortlisting criteria. The shortlists are proposed to be declared in a few days’ time by all the 6 new IIMs.

MBAUniverse.com has brought to you this unique opportunity to know beforehand your chances to get the call for CAP 2015 which will consist of Written Ability test (WAT) and Personal Interview (PI).

CAT scores: sole criteria to shortlist
Although all the 6 new IIMs will also award due weightage to academic profile, gender diversity, academic diversity, work experience apart from CAT 2014 scores and scores of PI round before making final admission offer to the candidates, the shortlist for CAP round 2015 would be purely based on CAT 2014 performance and is expected to be announced shortly.

CAP 2015 on merged shortlists
The shortlisted candidates by all the six new IIMs will be merged to make a combined short-list for further processing.

Minimum prescribed CAT 2014 cut off
Each of the above IIMs has laid down the separate shortlisting criteria based on CAT 2014 scores for CAP 2015. While the minimum overall percentile cut off is 90 for all the 6 new IIMs for General Candidates the sectional percentile varies from 70 to 80.

Expected number to be shortlisted for CAP 2015
IIM Udaipur will be coordinating the Common Admission Process (CAP) 2015 for six new IIMs. It is expected that 10 to 12 times candidates of the proposed intake will be called for WAT & PI process. With the increase in intake, about 10000 candidates meeting the cut-off criteria in CAT 2014 scores in respective categories will be considered for shortlisting.

It means that in cases where candidates have been shortlisted by the six new IIMs as well as older IIMs, IIM Udaipur may collect the PI & WAT scores directly from the older IIMs. Such candidates will be informed in advance, and they need not appear for IIM Udaipur’s PI & WAT.

Venues for PI & WAT
The Personal Interview and Written Analysis Test would be conducted at New Delhi, Mumbai, Bengaluru, Chennai and Kolkata. The exact date for PI & WAT will be communicated to the shortlisted candidates.