MBAUniverse.com News Desk | :
April 1, 2015
CAT 2015 is sure to be further glorified with a bit of higher standard of testing with more changes and innovations in the exam that may be incorporated by IIMA true to its name 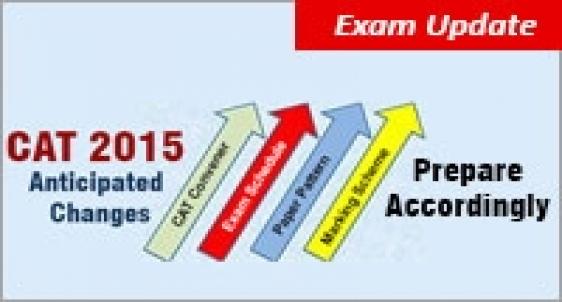 Asia’s No.1 B School, IIM Ahmedabad is going to convene CAT 2015 in partnership with testing agency TCS. Common Admission Test (CAT) is the most sought after largest MBA/PGDM entrance exam of the country and the responsibility to convene the forthcoming CAT 2015 has been assigned to Indian Institute of Management, Ahmedabad.

IIM Ahmedabad, the number 1 B school of the country is known for the rigorous training imparted by it as a part of pedagogy of management programme. The prestigious MBA entrance exam CAT 2015 is sure to be further glorified with a bit of higher standard of testing with more changes and innovations in the exam that may be incorporated by IIMA true to its name.

Common Admission Test (CAT) 2015 is the mandatory exam for admission to IIMs and other top rated B schools for admission session 2016-17. The registration process for CAT 2015 is proposed to open in the month of July/August 2015 and the exam is supposed to be conducted in the months of October/November 2015.  The computer based CAT 2015 exam is not expected to offer any facility of Off- line application process and all the registration activity will have to completed on-line only.

IIM Ahmedabad will shortly come out with the name of faculty going to be assigned with the responsibility of convening CAT 2015. IIM Ahmedabad was the first IIM to conduct the first computerized CAT in 2009. CAT 2009 was conducted in the convenorship of Prof Satish Deodhar and CAT 2015 is expected to be coordinated and convened by Prof Tathagata Bandyopadhyay, the admission chair at IIM Ahmedabad.

The expectations to see yet more changes and innovations in CAT 2015 than they were there during CAT 2014 are riding high. It is expected that more surprises and changes in its process of registration, selection of test centre, conduct of test, duration of test, pattern of test, and declaration of result would be brought about by IIM Ahmedabad in CAT 2015.

Do not go on waiting for the IIM Ahmedabad to announce the registration and testing schedule of CAT 2015. In fact the CAT 2014 was the first test for testing partner agency TCS and due to this fact CAT 2014 was conducted a month late. You could expect CAT 2015 to be conducted in the month of October, 2015.

One month early CAT means that the preparation period for the exam has been reduced by a month. Those who are trying to be lazy in preparation are advised to get refreshed and gear up making a proper preparation schedule for next 6 months. Any laxity may cost you a precious  year of your life.

Unlike CAT 2014 which had full length sample practice test with 100 questions, CAT 2015 site may not provide you with such a facility. The practice test could be shorter with 20-25 questions of different types.

What to include in preparation

According to Prof S K Agarwal, Verbal Ability Expert and mentor on CAT 2015 preparation there is no fixed syllabus for CAT and when IIM Ahmedabad convenes it, the institute believes to throw more surprises before the CAT aspirants. When you prepare for CAT 2015 please do not think that the questions that remained absent in CAT 2014 would again remain absent. CAT has the history of placing surprises across the sessions. What that didn’t appear in CAT 2014 or 2013 can surface in CAT 2015.

You have to make sure to include the material on what appeared from CAT 2009 to CAT 2014. The same may or may not be repeated. Next step is to include the material that appeared prior to CAT 2009 as the questions based on such concepts may become the surprise elements for you in CAT 2015. Preparation plan has to be formulated accordingly and should be meticulously followed.

CAT 2015: Dont take the risk of quitting your job; Prepare well while working

CAT 2015: Know all Insights of Last year exam with Experts view to plan you preparation