MBAUniverse.com News Desk | :
May 16, 2015
Registration and document verification for much awaited CAP 2015 for admission to MBA/MMS programmes post MAH CET 2015 examination begins today on May 16, 2015 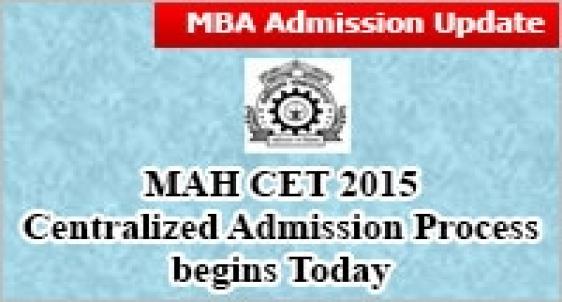 Registration and document verification for much awaited Centralized Admission Process (CAP) 2015 for admission to MBA/MMS programmes post MAH CET 2015 examination begins today on May 16, 2015 after the Bombay High Court dismissed the demand of aggrieved applicants for re-examination of MAH CET 2015. The last date for CAP registration as advised by DTE Maharashtra is May 30, 2015.

Announcing the schedule of CAP 2015 activity on the eve before it begins, Directorate of Technical Education (DTE) Maharashtra appears to be embossed in some fear lest the aggrieved candidates challenge the validity of CAP 2015 process.

DTE Maharashtra has opened the Online registration for admission for all category of the candidates including the outside Maharashtra State Candidates.

DTE Maharashtra has also started the document verification in person at ARC in Centralized Admission process today on May 16, 2015 for all category of candidates. The CAP 2015 will continue till June 1, 2015. According to DTE Maharashtra ‘Documents verification, updation and confirmation of Application Form for Admission in person at ARC for Maharashtra State/All India/J&K candidates including new registrants begins on May 16, 2015.

After completion of document verification process on June 1, 2015, Directorate of Technical Education proposes to declare the provision merit list of candidates on June 2, 2015 followed by final merit list on June 6, 2015.

Fate of 57224 candidates plus the candidates who would register fresh for CAP 2015 round will be at stake as lot of MBA/MMS admission hopefuls are in dilemma whether to register for CAP 2015 as MAH CET 2015 has seen more disturbances and anomalies including cases filed in all the benches of Bombay High Court.

DTE also has done nothing nor published anything in public domain on its site to reassure the MBA aspirants that there wouldn’t be any recurrence of activity that could bring down the morale of the participants.

Stay tuned to MBAUniverse.com for more updates on MAH CET 2015 CAP round