MBAUniverse.com News Desk | :
January 23, 2016
CAT 2015 percentile overall as well as sectional required by the new IIMs is higher than required by IIM Ahmedabad to shortlist the candidates for 2nd stage of admission round 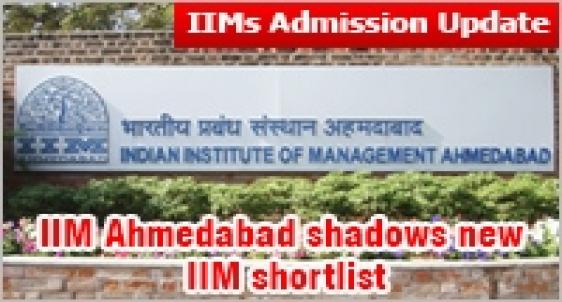 Major contributory factor that refrained many candidates from going to the new IIMs in 2015 was the high CAT percentile requirement of 96.3

Survival or no survival might be the key question for newer IIMs who are running their classes below the approved intake but have still pegged high the requirement of CAT 2015 score to shortlist the candidates for PGDM 2016-18 batch.

Surprisingly, the CAT 2015 percentile overall as well as sectional required by the new IIMs is higher than what is required by IIM Ahmedabad to shortlist the candidates for 2nd stage of admission round.

The undisputed top ranked number 1 B-school of the country IIMA has further reduced the CAT 2015 score requirement from 90 percentile to 80 overall and from 80 to 70 as sectional but the new IIMs are still flying higher than their mentor IIMs asking for higher percentile than most older IIMs need in CAT 2015.

Could new IIMs be at par with IIMA?
Would the CAT 2015 takers, shortlisted by IIM Ahmedabad search for new IIMs that too when they need higher score to be shortlisted? IIM Amritsar, BodhGaya, Nagpur or Visakhapatnam instead of making a realistic approach to arrive at the shortlisting criteria for admission 2016, are using brand IIM by living in the myth that candidates would still prefer them even if they peg their requirements high. In all possibility these IIMs will not only have to reduce the required CAT 2015 percentile to shortlist candidates but might have to rationalize their fee structure also.

IIMA is the dream B-school of the country, the new IIMs who started their operation in 2015 are yet to get the full intake of students in their class rooms due to their own high expectation of getting high CAT scorers opting for them.

Only the B-school carrying brand IIM may not sustain unless it proves its mettle on various parameters like legacy, learning and placement which would be beginning in the year 2016-17 for the first batch of PGP 2015-17 in coming months. The performance would need to make a landmark for the students going for 2nd batch in 2016.

Rationalize if full intake required
If the new IIMs propose to run their second PGP 2016-18 batch with full capacity, they need to rationalize their shortlisting criteria and CAT 2015 score requirement, a fact which these new IIMs cannot also deny. These 6 newly inaugurated IIMs have not been able to get bare minimum 60 students each. Present strength of students for PGP 2015-17 batch in these IIMs as per MHRD record is as follows-

The major contributory factor that refrained many candidates from going to the new IIMs in 2015 was the high CAT percentile requirement of 96.3 by them.

If these IIMs rectify the position in 2016 and allow admission at lower percentile than last year, they can hope for the candidates opting for their class rooms.

IIMA slashes required CAT 2015 percentile
The first stage shortlisting based on CAT 2015 scores for admission to PGP 2016-18 batch as earlier declared by IIM Ahmedabad required minimum 90 percentile to be eligible to be considered for shortlisting at IIMA. This criterion has been reduced to 80 percentile now.

Another change in shortlisting criteria announced by IIM Ahmedabad is reduction in minimum cut off in sectional percentile score from 80 to 70 in each of the 3 sections in CAT 2015.

Impact on new IIMs
Going by the scoring pattern in CAT 2015, these new IIMs namely IIM Amritsar, IIM BodhGaya, IIM Nagpur, IIM Sambalpur, IIM Sirmaur, IIM Visakhapatnam who could not get full intake in 2015 have to reconsider their shortlisting criteria especially the required CAT 2015 percentile score.

2 IIMs learned the lesson in 2015
Out of these 6 new IIMs, IIM Sambalpur and IIM Visakhapatnam who began their admission 2015-17 process at a later stage learnt the lessons from ongoing short listing criteria in other 4 IIMs.

Except these 2 IIMs, the other 4 had freezed their shortlisting criteria and asked for minimum 96.3 CAT percentile. Since better options than opting for a newer IIM with same fee structure were available at lower CAT score, candidates instead of waiting for the high expectation of zero year old IIM to scale down preferred some other good B-school.

The brand IIM could have attracted the IIM aspirants, had these IIMs given thought to rationally fix their required CAT percentile. Alarmed by the situation IIM Sambalpur and IIM Visakhapatnam immediately reduced their CAT score requirement from 96.3 to 90 only. Still none of the 6 IIMs could get full students.

IIM BodhGaya has reduced the minimum required overall percentile in CAT 2015 from 96.3 to 90. But it may need to reduce it further as not many takers could be there for IIM Gaya in 2016.

Knowing the situation and scoring pattern, IIM Sirmaur has reduced the overall CAT 2015 score requirement for admission in 2016 from 96.3 to 80, probably the lowest required by any IIM. The sectional percentile required at IIM Sirmaur has also been reduced from 80 to 75.

It is very much possible that IIM Sirmaur while announcing the shortlist, may further go down with the minimum required CAT 2015 percentile.

Not enough candidates with high sectional percentile
If we take into account all the 17 of 100 percentilers, 1814 with 99+ percentile and 9003 with 95+ percentile, all of them taken together would make only 10834 candidates. While IIM Ahmedabad has shortlisted 24128 candidates, other 18 IIMs will also need around 40 to 50000 candidates to be shortlisted, although not all of them will get admission in PGP 2016-18.

All the shortlisted candidates must have scored high overall as well as sectional percentile. Plenty of high percentilers in CAT 2015 have sectional dip below 70 percentile. In case these new IIMs do not rationalize their shortlisting criteria as IIM Ahmedabad has done, they may again go with half of their sanctioned class strength and continue gasping for more eligible candidates to join.

IIM Ahmedabad: Dream destination of MBA aspirants; USPs are more than those visible