English must be the only Official Language of India 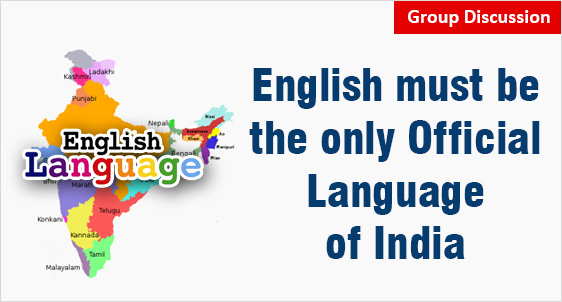 Article 343 of the Indian Constitution stated that the “Official Language” of the Union is Hindi in Devanagari script instead of the extant English. Later, a constitutional amendment, The Official Languages Act, 1963, allowed for the continuation of English alongside Hindi in the Indian government indefinitely until legislation decides to change it.

The Eighth Schedule of the Indian Constitution lists 22 languages, which have been referred to as scheduled languages and given recognition, status and official encouragement. In addition, the Government of India has awarded the distinction of classical language to Kannada, Malayalam, Odia, Sanskrit, Tamil and Telugu. Classical language status is given to languages which have a rich heritage and independent nature.

Two languages have played an important role in the history of India: Persian and English. Persian was the court language during the Mughal period in India. It reigned as an administrative language for several centuries until the era of British colonisation.

However, there have been concerns raised with Hindi being imposed in South India, most notably in the states of Tamil Nadu, Kerala, and Karnataka. From time to time, Maharashtra, West Bengal, Assam, Punjab and other non-Hindi regions have also started to voice concerns about Hindi.

With increase of Globalization, there has been a demand of making English the only Official Language in India. In this GD Topic, we discuss the Pros and Cons of this thinking.

For English
If English is made the only Official Language in India, there are many benefits that can arise.

Against English
While there are obvious benefits of making English the Official Language in India, there can be some challenges too. Here are key points:

Conclusion
So from the above points, you can make up your own mind on this GD Topic and participate actively. Remember, it is not the side you take but how logically and convincingly you explain your point of view that will get you high marks in Group Discussion Round.