MBAUniverse.com News Desk | :
May 16, 2013
IIM Shillong concluded final placements for its 4th batch of flagship PGPM, even as top recruiters offered lucrative jobs to passing-out batch with an average salary of Rs 12.22 lakh 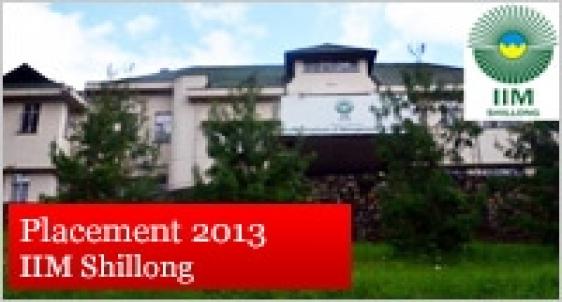 While the average annual salary offered to the batch was Rs 12.22 lakh, the highest package stood as high as Rs 22 lakh.

According to IIM Shillong which is in its sixth year of operation, while the average annual salary offered to the batch was Rs 12.22 lakh, the highest package stood as high as Rs 22 lakh. The median salary was Rs 11.75 lakh.
A total of 39 companies participated in the placement process to recruit the batch of 104 students. Out of the total batch strength, 2 students opted out of the placement process to start their own entrepreneurial ventures.
According to the institute, this year’s placement process saw an overwhelming participation from new recruiters like JP Morgan Chase, Ranbaxy, Citibank, Robert Bosch and Dr. Reddy’s.

“Despite a 13 % increase in the batch-size, it is the immense confidence shown by our recruiters that played a crucial role in offering participants a wide choice in terms of the kind of roles being offered across various domains and sectors,” said Dr. Sanjoy Mukherjee, Chairman, Placement Committee,  IIM Shillong, adding, “More than 10% of the batch secured PPO/PPIs from top companies,” he added.

BFSI emerged favourite at the campus this placement year as the sector attracted 32 % of the batch, followed by IT/ITeS and Energy sectors which drew 27% and 13% of the batch respectively.  FMCG was opted by 8 % of the batch and around 6 % of the batch went for different roles in Consulting.

The Consulting domain attracted a good number of participants from the batch and emerged as a function of choice. Deloitte led from the front along with other top recruiters like PricewaterhouseCoopers, Actuate Business Consulting and I-Maritime in offering different roles in the domain.

IT & HR: A large number of students from IIM Shillong chose a career in IT/Analytics. Some of the leading companies like JP Morgan Chase, Microsoft and Fidelity Management & Research offered roles like Business Analyst and Program Manager.  The companies that offered roles in the field of HR included ONGC, Titan and Larsen & Toubro amongst others.

Stay tuned to MBAUniverse.com for more placement reports 2013 from Top B-schools in India.