MBAUniverse.com News Desk | :
October 19, 2013
MBAUniverse.com is starting a new city wise series to update you about the B- schools in these leading cities. In these articles you will get to know all the key details you need to decide which B school to apply for Admission 2014 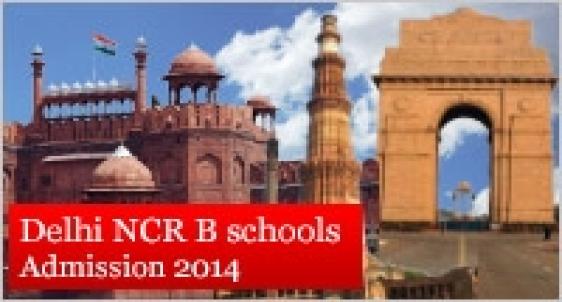 After taking CAT, the next logical step for you should be to apply to ‘best-fit’ B- schools in a city of your choice. Delhi NCR, Bangalore, Mumbai/Pune, Chennai are key cities of choice for MBA admission seekers. To guide MBA aspirants, MBAUniverse.com is starting a new city wise series to update you about the B- schools in these leading cities. In these articles you will get to know all the key details you need to decide which B-school to apply like fees, placements, seats, entrance exams accepted and last year’s cut off percentile.

Being the national capital, Delhi along with its adjoining regions always turns out to be one of the main choices for most of the B school aspirants as many businesses and corporate houses are based in the region. Delhi is also the hub of policy formation, and a great place to meet and network with the who’s who. So, we start this series with highlighting leading B-schools of Delhi- National Capital Region.

The B schools in Delhi NCR which the MBAUniverse.com has taken up to guide you towards success range from well known government promoted B-schools like FMS, DMS-IIT Delhi to the leading private schools like MDI , IIFT, BIMTECH Greater Noida and few others like IMT Ghaziabad, IMI , Fore School of Management , LBSIM and IILM . Better known B-schools in Delhi NCR will be added to this series soon.

Among the above listed institutes FMS, MDI, IIFT and IMT have closed down their admission dates. But there is no need to get disheartened as the dates for applying for other schools are still open with BIMTECH Greater Noida having the last date of December 31, 2013 and IMI having a last date of January 27, 2014 and Fore School of Management having the last date of November 25,, 2013.  The information about admissions in other B schools in the list can be found in the attached table.

As the fee structure of an institute is one of the main criteria for a student to get admission we present the fee structures of the top 10 B schools in the NCR which have been selected by MBAUniverse.com for you. The lowest and the most attractive fee for full time MBA programme is that of Faculty of Management Studies (FMS), Delhi which is approx Rs. 25,000. After that the DMS-IIT Delhi comes up with attractive fees of Rs 4 lakhs. The IIFT, New Delhi comes up with the highest fees of 12.74 lakhs followed by MDI, Gurgaon which is 10.61 lakhs. The fees for most of the leading B schools in the NCR ranges between 8- 10 lakhs.

Please refer to the table for further details.

Among the top business schools in Delhi NCR Indian Institute of Management Technology (IMT), Ghaziabad has maximum number of 480 seats for its two year MBA programme thus becoming a preferable choice for B school aspirants. The Management Development Institute (MDI), Gurgaon also offers a large number of 360 seats, the Indian Institute of Foreign Trade (IIFT), New Delhi has 281 seats while BIMTECH, Greater Noida and Fore School of Management, New Delhi come up with 240 seats each.

Headline: How top B-schools in Delhi NCR stack up

Stay tuned to MBAUniverse.com for more news and updates on B schools