MBAUniverse.com News Desk | :
October 21, 2013
Carrying forward its ongoing series of making you more aware about such B schools MBAUniverse.com comes up with the valuable information about one of Indias top B schools, (Xavier School of Management), XLRI, Jamshedpur. 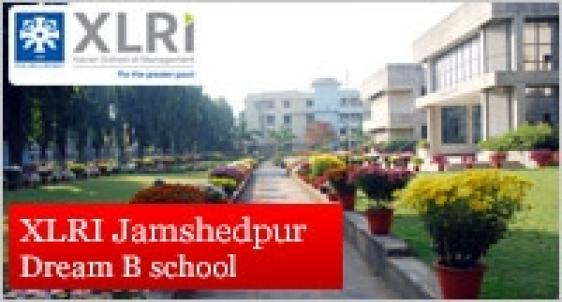 With its world class faculty having commitment and deep sense of service, XLRI spares no effort to make its curriculum world class. Their MDP programmes have helped thousands of executives across the country to update their knowledge and skills.

After taking the CAT 2013 exams you must be gearing  yourself up to know more about India’s top B-schools which can act as an option for you to take admission in. Carrying forward its ongoing series of making you more aware about such B schools MBAUniverse.com has come up with the valuable information about one of India’s top B schools, (Xavier School of Management) XLRI, Jamshedpur. It’s the only management institute in the country which can give a tough competition to all the three top IIMs.

The institute came up with a vision of making the students more passionate for getting academic excellence with uncompromising human values and a sensitive social conscience.

According to the institute’s director,  E Abraham S. J. himself an alumnus of the institute, with its world class faculty having commitment and deep sense of service, XLRI spares no effort to make its curriculum world class. The institute’s MDP programmes have helped thousands of junior, middle and senior executives across the length and breadth of the country to update their knowledge and their skills.

UP TO THE MARK PLACEMENTS

In the placement session 2013, 77 companies visited XLRI for recruiting management graduates and offered 77 jobs. Among the total number of 234 students in the 2011-13 batch, 233 got final placements. The average annual salary offered to the students was Rs 15.53 lakhs and the highest domestic salary was Rs 28 lakhs while the international recruiters offered an annual package of Rs 16 lakhs.

ADMISSIONS 2014: CRITERIA AND PROCESS
The admission in XLRI for 2014-16 batch will be based on XAT scores which will be conducted on January 5, 2014. XLRI conducts test on behalf of XAMI. According to the institute’s website the test score is used by more than 100 institutes for their admissions. The registration for XAT 2014 has started on August 12, 2013 and will continue till November 22, 2013. It will be on the similar pattern like the previous few years. It will have four sections of Verbal and Logical Ability, Decision Making, Quantitative Ability and Data Interpretation and General Knowledge. However the marks of general knowledge will not be used for determining the percentile and cut off at the first stage of selection. But it is used by XLRI at the time of final selection.

Stay tuned to MBAUniverse.com for more news and updates on Top B schools