MBAUniverse.com News Desk | :
April 14, 2014
To help you decide which MBA/MMS program you could get through CAP, MBAUniverse.com presents the analysis on expected MAHCET cut off for leading B schools in Maharashtra. 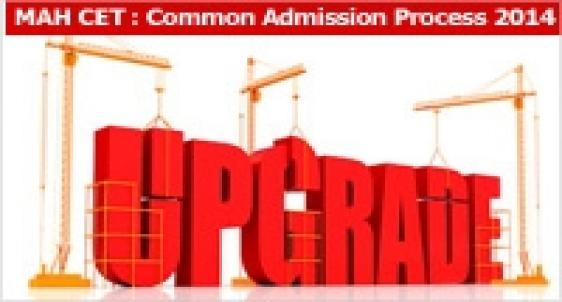 If you have been a consistent high score getter from class X onwards, you stand a good chance to upgrade your merit position

MAHCET 2014 results were declared on April 8, 2014 for 49276 test takers. MBAUniverse.com was the first to share the breaking news on MAHCET 2014 results and the expected cutoffs in B schools across Maharashtra immediately after declaration of the results.

To help you decide which MBA/MMS program you could get through CAP to be conducted by DTE Maharashtra, MBAUniverse.com presents the analysis on expected MAHCET cut off for leading B schools in Maharashtra for Maharashtra state as well as outside Maharashtra candidates.

The last MAH CET was held in 2012 and in 2013 admissions to MBA/MMS programmes across Maharashtra were processed on the basis of All India tests like CMAT/CAT/XAT.  However, after winning the legal battle, DTE Maharashtra again conducted MAHCET 2014 on March 15 & 16, 2014 and this year the percentile scored in MAHCET 2014 would play an important role for admission to B schools in Maharashtra.

Let us have a look at overall MAHCET score trends in the last two tests.

Based on the above data, it is clear while the maximum MAHCET score has remained the same, number of candidates who appeared and qualified the test has significantly come down from 79410 to 49252. Besides there is a significant increase in number of seats from 34,000 in 2012 to 45,000 in 2014, a key fact which may give more admission opportunities to the qualified candidates. This will mean that MAHCET 2014 cut offs may drop in all B-schools.

MBAUniverse.com predicts the allotment of seats on following expected cut offs in top B-schools accepting MAHCET scores. The prediction does not include the shift in merit position due to academic record, work experience, gender diversity, and performance in Centralized Admission Process (CAP) to be conducted by DTE Maharashtra

Although very important role will be played by MAHCET 2014 score card in Centralized Admission Process for admission to MBA/MMS programmes in Maharashtra B schools, your merit position may get a higher or lower place depending upon following key factors as significant weightage would be awarded to each of them

Academic Record-If you have been a consistent high score getter from class X onwards, you stand a good chance to upgrade your merit position.

Gender diversity- If you are a female candidate, you may expect to be awarded some extra weightage which will improve your merit position.

Performance in CAP- Your performance and presentation in Centralized Admission Process may award you more weightage and this can move up your merit position.

Importance of All India Tests

The Centralized Admission Process (CAP) is expected to begin from May 12, 2014 to May 22, 2014. Based on the CAP round, Provisional merit list is expected to be displayed on May 26, 2014 by DTE Maharashtra. CAP round will equally take care of All India management entrance tests like CAT/XAT/CMAT/MAT/ATMA along with MAH CET. The best of the scores will be considered for allotment of the B school seat.

Please remember that the results of GDPIWAT rounds of IIMs are not yet out. Number of candidates who appeared in MAHCET 2014 might have also appeared in CAT and once their final results on admission are out others will have more chances of admission in top rated B-schools in Maharashtra , so be ready for final admission round.

If you have any query on MAH CET 2014 cut-offs, talk to our LIVE Counselor for right advice and suggestions, Click Here: http://www.mbauniverse.com/mbau_faq/client.php

Visit Special MAH CET 2014 Forum at MBAUniverse.com to clear all your doubts
http://www.mbauniverse.com/forums/

Past articles on MAH CET 2014 Exam

MAH CET 2014 Results: Know your next steps after MAH CET results on April 21

Click below to get the authentic data of Top B school Placement Reports 2014
http://www.mbauniverse.com/bschoolplacement2013.php