MBAUniverse.com News Desk | :
October 15, 2014
The case regarding staying of the AICTE's Notification (2010) and restoring the status quo and autonomy of PGDM institutions for the year academic year 2015-16 came up before the Supreme Court 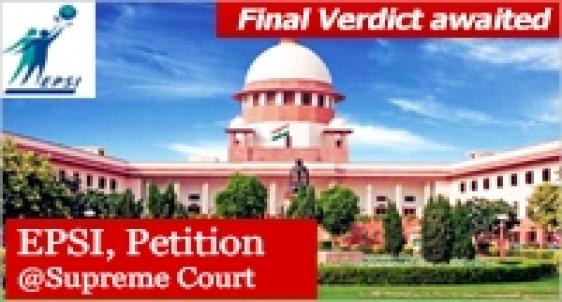 Hon’ble Court may not be inclined to just give another stay order as in previous years but would proceed towards giving a final verdict on the matter.  Court’s final verdict will not only be important for restoring  the autonomy and flexibility in drawing up their own curriculum, conduct of examinations, admissions, fee structure and governance but shall be crucial in upholding  the existence and future of  PGDM institutions.

Appearing before a two Judge bench comprising of Justice Iqbal and Justice Singh, senior lawyer Mr Venugopal represented the case of AIMS on behalf of PGDM institutions.   After a prolonged argument and a lot of convincing by Mr K K Venugopal, the bench decided not to drop the petition and agreed to combine the case of AIMS with the petition of EPSI and Jaipuria Institute of Management. The Bench during the hearing had expressed its reservations in extending any further stay in the matter.

The combined case of EPSI, Jaipuria Institute of Management and AIMS was scheduled for October 14, 2014 before the same bench and country’s  leading lawyers, Mr K K Venugopal, Mr Abhishek Manu Singhvi along with  Mr Gopal Shankar Narayan and Mr Naresh Kaushik were present together to represent the case. However, the case could not be taken up by the closing hours and is slated for hearing on Oct 15, 2014.

Our readers would remember that Hon’ble Supreme Court of India in its order dated May 9, 2014 had granted final regulatory powers on MBA and other management education along with the technical education to AICTE for the session 2014-15. The order passed on May 9 had directed that prior approval of AICTE is compulsory and mandatory for conduct of a technical course including the Management/MBA course by an existing affiliated Technical college and also new Technical college which will require affiliation by a University for conduct of its Technical courses/Programmes for the academic year 2014-15.

Now the clarity for academic session 2015-16 on the autonomy and conduct of courses, role of regulator in forthcoming session is required. Education Promotion Society for India (EPSI) opposing various guidelines had moved Honorable Supreme Court to seek the verdict for coming academic session regarding the staying of the AICTE’s Notification (2010) and restoring the status quo and autonomy of PGDM institutions.

Stay tuned to MBAUniverse.com on more updates on EPSI case