MBAUniverse.com News Desk | :
February 9, 2015
IIM Ahmedabad in partnership with the CAT testing agency TCS will be conducting CAT 2015 in the months of October/November 2015 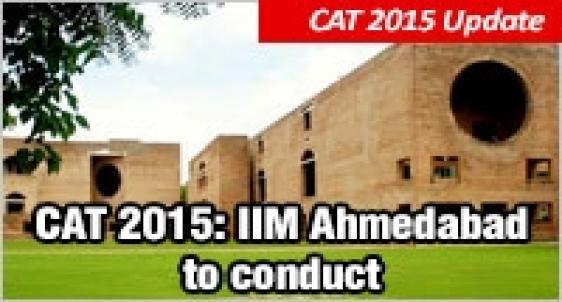 IIMA takes over from IIM Indore

For 2 successive years CAT 2013 and CAT 2014 was convened by IIM Indore successfully with Dr Rohit Kapoor firmly in saddle as CAT convener for both the years. Even the change in testing partner from Prometric to TCS for CAT 2014 continued with Dr Rohit Kapoor as CAT 2014 Convener.  Despite many odds and changes in CAT 2014 testing window and exam pattern, the exam was conducted quite successfully with number of positives.

After the first CAT in 2014 with IIM Indore, the testing partner TCS, appearing to have grown more matured in2015, will have to co-ordinate with IIM Ahmedabad for CAT 2015.

IIM Ahmedabad is the first IIM that was instrumental in beginning CAT exam as the  Computerised Based Test (CBT). It was IIM Ahmedabad that conducted the first computerized CAT in 2009 with testing partner Prometric.  Probably Prometric was not so much matured to the level  of conducting hassle free CAT 2009 because of which a few issued sprang up during the testing window.

While CAT 2014 saw many changes like reduction in testing window from 20 days to 2 days, elimination of sectional time constraint, increase in number of questions from 60 to 100 and one month late CAT written exam but early declaration of result, more changes and innovations are expected in CAT 2015 after the reins are now in hand of IIM Ahmedabad to conduct CAT 2015.