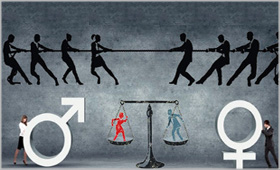 MBAUniverse.com has started a new expert series of GD PI WAT preparation for MBA Admission 2014. This series of articles will help aspirants prepare for their GD PI WAT by providing them valid contents, probable topics and experts advice to help you succeed during admission process at various B schools. While the written exam tests the quantitative, reasoning and verbal skills of an applicant, it is not all that a future manager is expected to excel in. In fact, that is just the start! A successful manager should

not just be good with his quota of work, but he/she is expected to contribute as part of a team. Ability to work and contribute in teams is a must to succeed in the corporate sector. And that’s what GDs aim to test. GD Topics for MBA are similar to any other GD rounds. GD Topics for MBA can range from political, economical to even the very basic day-to-day circumstances. The best way to perform well in any GD round is to be well aware of the current affairs. MBA Aspirants must be prepared to put their views and any GD topics asked in their MBA admission 2014 selection process.

The GD PI stage is arguably the most crucial stage of the selection process. It is like the journey from qualifying in the heats to the gold medal in a sports event. GD topics for MBA are based to test managerial attributes like interpersonal skills, leadership, analytical and rational thinking, knowledge and personality traits.

Group Discussion, Personal Interview and Written Ability Test or Essay Writing is the three main tools through which the B schools will conduct their selection process for Admission 2014-16.

Argument for the topic-(Pros)
Anthropological evidence has revealed that even the humans and the hominids of ancient times had separate roles for men and women in their societies, and this relates to the concepts of epistemology. There were certain things that women were forbidden to do and similarly men could not partake in some of the activities that were traditionally reserved for women. This has given birth to the gender role stereotypes that we find today. These differences have been passed on to our current times.

We sometimes assign certain qualities to certain people without thinking. For example, many men are blamed for undermining women and stereotyping them for traditional roles, and this could be said to be the same for men; men are also stereotyped in many of their roles. This leads to social constructionism since the reality is not always depicted by what we see by our eyes. These ideas have also carried on in the world of advertising and the differences shown between the males and the females are apparent in many advertisements we see today.

Gender differences and attractions have been a part of the normal lives of humans ever since anyone can remember. Roles and debates on such differences and their portrayal have established their appropriateness.

Advertisers have substantially reduced the stereotyping in ad pictures, and since the voice of female is not so harsh it is used to convey the message although the amount of male speech relative to female speech is gradually being increased.

One's normative interpretation of such advertisements depends on one's ideological perspective and tolerance for the pace of change. It is encouraging to find that the advertising indicates the use of gender-neutrality is commonplace. Advertisers prefer to speak to people in their own language and this reflects the popular culture in advertisements.

The opinion and views are based more on the interpretation people conclude from their understanding of roles in real life that they see than by their observations of the males and females in advertisements.

Argument against the topic (Cons)
It has been noted by viewing various advertisements that women are shown as being more concerned about their beauty and figure rather than being shown as authority figures in the ads; they are usually shown as the product users. This has led to common belief that most of the advertisements and their contents are sexist in nature.

There is a tendency in many countries, including the United States, to portray women as being subordinate to men, as alluring sex objects, or as decorative objects. This is not right as it portrays women as the weaker sex, being only good as objects.

Many of the ads do not show gender biases in the pictures or the graphics, but some bias does turn up in the language of the advertisements. Within language, bias is more evident in songs and dialogue than in formal speech or when popular culture is involved. For example, bias sneaks in through the use of idiomatic expressions (man's best friend) and when the language refers to characters that depict traditional sex roles. Advertisements are greatly responsible for eliciting such views for the people of our society.

The children also see the advertisements portraying women and they are also the ones who create stereotypes in their minds about the different roles of men and women. All these facts combine to give result to the different public opinion that becomes fact for many of the members of the society.

Conclude this way
This continues in a vicious circle as the media tries to pick up and project what the society thinks and the people in the society make their opinions based upon the images shown by the media. People, therefore, should not base too much importance about how the media is trying to portray the members of the society; rather they should base their opinions on their own observation of how people interact together in the real world... Read More GD Topics