MBAUniverse.com News Desk | :
July 21, 2017
The PGP, PGP-FABM batch 2017-19 at IIM Ahmedabad, is the most diverse batch in recent years in terms of gender diversity, work experience and educational background. The surprising fact is that the batch includes students who have achieved significant accolades in areas as uncommon as movie making, sports and fashion world 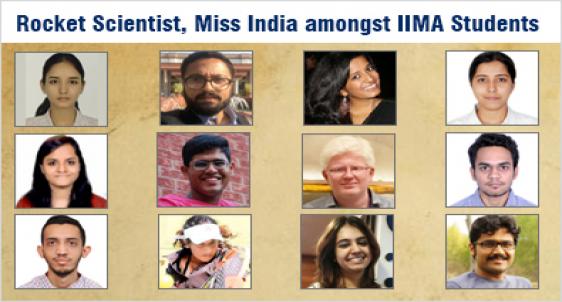 The incoming batch at IIM Ahmedabad for the academic year 2017-2018, is the most diverse batch in recent years in terms of gender diversity, work experience and educational background. The surprising fact is that the batch includes students who have achieved significant accolades in areas as uncommon as movie making, sports and fashion world.

On achieving the diversity of the Batch of 2017-19 from uncommon background, Mohammed Raafi, General Secretary, Students’ Affairs Council of IIMA, said “These are interesting times. The increasing diversity is a testament to the increasing relevance and acceptability of Management education and to the vision of the Director and Leadership of the Institute. It is extraordinary and enriching to witness a Rocket Scientist and a Miss India Elite engage in an argument in the same class.” 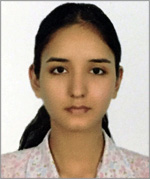 Akanksha Choudhary is a Bachelor of Arts (Economic Honors) from Shri Ram College Of Commerce. Her most significant achievement has been to have a well-balanced three years of under graduation filled with achievements, fun, and renewal.

She was a winner of a national pageant - Miss India Elite. This recognition has given her the opportunity to represent the country in International Pageant -Miss Face of Beauty International) to be held in September, a platform like SAESM to participate as a delegate from India.

She was ranked 5th in SRCC and got a recommendation from her mentor teacher, Mr. Rajiv Jha (Head Of Department Economics, SRCC) and also had a chance to exhibit one of her paintings at Jawahar Kala Kendra, Jaipur.  In the next 2-3 years, she wants to try out different things across different industries and functional areas. She wants to improve her skills and become an expert in all the relevant skills necessary to be a consultant who would just not survive but thrive. 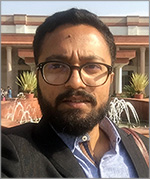 An Entrepreneur & a CEO to have successfully set up and exited FMCG business – a Flour Mill with 250 Tonnes per day production and with 4X returns to promoters, Anchal’s current start-up, Urban Thela - Superfood Company, won 1st Prize in BYST (Tata Trust and IFCI organisation) B-plan Competition and he was also awarded Best All-Round student award at NITK Surathkal.

A fitness freak, he plans to summit Mt. Everest. In his own words, “I am doing MBA, because till now, I was running business intuitively, but I realized this is what I want to do for the rest of my life and it makes sense to have a strong technical foundation in business management.” 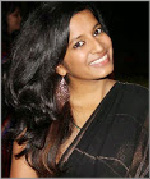 Having graduated from BITS Pilani Hyderabad as a Bachelor of Pharmacy and Masters in Science, Chemistry, Apeksha worked in a healthcare startup called IndiaHealthLink. As Head of Business Development at IndiaHealthLink, she contributed to the company from its inception to seed funding stage. Having experienced the startup world, an MBA from IIM-A became the next step to get the managerial knowledge & prowess to become an influential force in the health care industry.

A belief in giving back to the society led her to start a social initiative called MediDrive to supply people in need with free medicines by collecting unused medicine from households. A certified rescue scuba diver with a specialty in wreck, night and deep diving, she is also an enthusiastic horse rider and an Emergency First Responder. 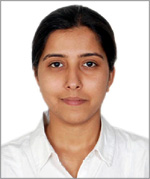 A graduate with a Masters in Public Policy from St. Xavier’s College, Mumbai, she has assisted a reputed Parliamentarian as a LAMP fellow. In her words, “An MBA at IIMA allows me to draw industry-government linkages to realize interventions nestled in a larger perspective of issues. My endeavor has been to combine my academic rigor with functional experiences by undertaking internships with UNDP, TMFL, NDTV, ITC SRA, Miditech and VIKSAT.”

She has represented university in Inter-Varsity Swimming and Basketball, and takes a keen interest public speaking, surfing, making short-films, and photography. 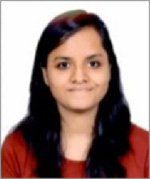 A fashion design graduate from NIFT, Raebareli, Aditi has worked in the online retail of Chikankari (native hand-embroidery of Lucknow) garments under the brand ‘Go Lucknow’.

She is passionate about handicrafts and painting. “To pursue my passion, I decided to go for design, but I soon realized that formal management training was the needed for me to take my family business forward which is my ambition in future,” she comments talking about her motivation to join IIMA.  She hopes to give the brand ‘Go Lucknow’ a national and hopefully, global recognition, one day. 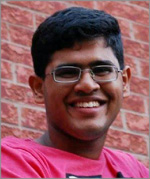 C.S.Prakhyat is a self-taught internationally acclaimed filmmaker with a very diverse portfolio consisting of documentaries, short films, music videos, advertisements and promo videos, all of which can be found on his Vimeo channel: The C.S.Prakhyat Experience. He has made 9 award-winning short films which have fetched him 17 International Film Festival selections, spanning the USA, UK, Canada, Slovenia and India. For this feat, he has been accredited with an IMDB page.

His decision behind joining MBA was to learn how to manage a film crew better and to develop a marketing acumen to increase the outreach of his films. When he isn’t shooting his next piece de resistance, he actively participates in quizzes and occasionally hosts them as well. 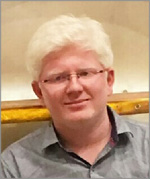 An engineer from College of Engineering, Pune, Girish was a part of the college team that developed a student satellite ‘Swayam’ which was launched in space in coordination with ISRO. They also developed an earth station for communicating with satellites in space.

Girish believes the projects are a result of sustained team effort and commitment and should motivate more innovations and wonders from the youth. He chose to do study management as a blend of technology with management would make a perfect combination for future leaders and innovators. 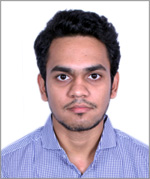 The critical issue of public hygiene and sanitation & the ‘Swatchh Bharat Mission’ inspired Kanishka to think about these problems and build a practical solution. During his under-graduation, he designed an Automatic watering system for Urinals in collaboration with his professor. It has since been patented and published in the Indian Patent Journal.

A civil services aspirant, he sees himself contributing towards public policy in the long run. He decided to pursue management as he believes that managerial expertise is essential for effective implementation of government's policy. 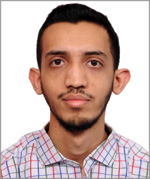 Pursuing MBA to help convert his ideas into actions, Ozair has previously interned with a start-up on a project funded by the Bill and Melinda Gates Foundation. He has spent the majority of his life on the African continent, twelve years in Botswana, and four years pursuing his undergraduate degree in Mechanical Engineering from the University of Cape Town, South Africa. He is also an avid reader, writer, and a national level chess player. 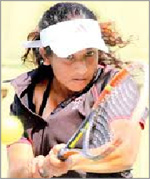 Rashmi Teltumbde is from Mumbai. She finished her undergraduate degree from Texas Tech University in the US as BBA in Economics and Management in 2014 and has 14 academic awards there. She has a work experience of 28 months in Nettech Pvt Ltd as a Business Development Executive.

Being a professional tennis player, she has represented the country in 3 junior Grand Slams (two Australian Open and US Open) and also captained the junior Indian Fed Cup team. In her free time, she likes to coach tennis to kids, cook and travel.  She believes a degree from IIMA would equip and ensure her goals would be reached quickly. 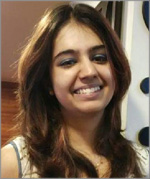 After completing graduation, Reema joined Rediffusion Wunderman, an advertising company, where she worked on their largest client - Audi India for 16 months; the first ten months as a Project Executive, the next six as a Senior Account Executive, after being awarded a double promotion. Besides being an avid reader, she is also an adventure sports enthusiast, having jumped off the world’s highest commercial bungee - Macau Tower at 233 meters.

Dancing since she was a child, she is trained in contemporary, jazz, and improvisational dance at Dance Inc India. She aspires to use the knowledge gleaned at IIMA to start a holistic health & wellness company. 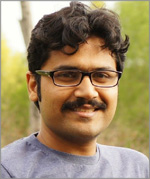 A Ph.D. in Animal Sciences from University of Maryland, Umang has six years of experience in animal and human nutrition research in the US. He worked with multiple animal species and humans to understand the partitioning of nutrients for increased production efficiency (in animals), and to understand the mechanisms of disease (in humans).

He believes that practical scientific interventions, coupled with the best management practices, are required to bring about a successful large-scale impact in the agribusiness sector. Towards this end, a PGP-FABM degree would make him a technical generalist who understands the scientific nuisances of the business along with the big picture of the food and agri-business sector.

In fact, what IIM Ahmedabad planned to achieve 2 years ago by introducing a totally revamped CAT exam to improve academic and gender diversity in IIM class rooms, the class profile for PGP 2017-19 batch reveals that the goal has been achieved to a large extent. The PGP batch 2017-19 at IIM Ahmedabad comprises 32% non-engineers. This number is more than three times the percentage of non engineers who were only 9 percent three years back in the PGP batch 2015-17 and highest ever in last 15 years.

Established in 1961, the Indian Institute of Management, Ahmedabad (IIMA) is recognized globally for excellence in management education. One of the top management schools in the world, IIMA educates leaders of the enterprises.

The Institute’s strategic priorities include: strengthening connection with its various constituencies, including academics, practitioners, alumni, and the community; nurturing a high performance work environment of stretch, autonomy, and teamwork; and strategic growth while maintaining emphasis on quality.

As per the latest ranking by The Economist, IIMA is No. 1 School in the world on the parameter of opening up new career opportunities for students. The flagship Post Graduate Programme (PGP) is ranked 16th in the Financial Times Masters in Management Ranking 2016. As per the Financial Times’ Global MBA Ranking 2016, IIMA’s Post Graduate Programme for Executives (PGPX) is ranked 24th in the World. IIMA has been ranked as #1 Management institute as per the National Institutional Ranking Framework (NIRF) rankings of Ministry of Human Resource Development, Government of India.