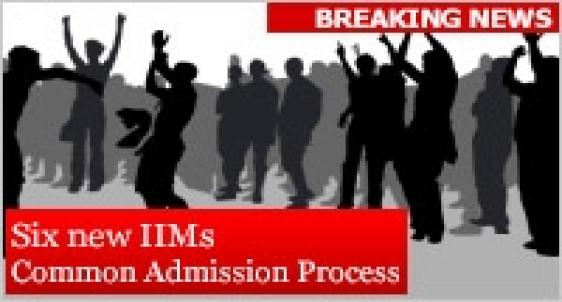 The WAT and PI process will start mid-February 2014, and will end mid-March 2014

Six new IIMs, with a total of 800 seats, will be calling almost 10,000 candidates for the combined Personal Interview and WAT commonly known as CAP. The WAT and PI process will start mid-February 2014, and will end mid-March 2014. This large number of candidates in the Common Admission Process (CAP) of new IIMs assumes significance as this is likely to have a negative impact on top-tier PGDM B schools’ admission process, as 10,000 candidates are expected to wait out till end of March till the CAP results are declared.

Confirming the development with MBAUniverse.com Prof. Hari Sreekumar, Chairperson of Admissions, IIM Tiruchirappalli said, “Across the six new IIMs, we expect approximately 10000 candidates to be called for the process.”

Sharing details with MBAUniverse.com, Prof. Hari Sreekumar informed that, “The WAT and PI process will start mid-February 2014, and will end mid-March 2014.’’

The first CAP of the new IIMs was conducted by IIM Rohtak under Dr P Rameshan, its director, as the coordinator for the academic year 2011-13. The process included group discussion and personal interview.

The next year, after CAT 2011 the CAP round was conducted by IIM Ranchi and Dr MJ Xavier, the erstwhile director of IIM Ranchi was the coordinator. The process underwent some changes – GD was replaced by essay writing or WAT.

The third, CAP round for CAT 2012 was conducted by IIM Raipur under Prof Pradyumna Dash, admission chairperson of IIM Raipur. The process remained the same as the last year. There was a written ability test (WAT) and personal interview (PI). The process was conducted in five cities – Delhi, Mumbai, Kolkata, Chennai and Bangalore.

Now let us discuss the features that you need to remember about CAP
Benefits of CAP
Students will be immensely benefitted. Their time will be saved as they do not need to sit for WAT & PI rounds at various institutes. It not only saves time on part of students but also on the part of IIMs as the whole process gets smooth and easy.

How CAP will work
Among the six new IIMs, except IIM Rohtak and IIM Kashipur, the rest have the same short listing criteria. Rohtak and Kashipur would send their lists to IIM Trichy, and the common list will be drawn up. Each IIM will prepare its own short list of candidates based on their respective criteria. The combined list of candidates to be considered for further processing will be prepared by the coordinating IIM, namely IIM Trichy.

Prof Hari Sreekumar informed that in the Common Admission Process only the WAT and PI will serve as "common" elements of evaluation across the six new IIMs while individual IIMs can have their own criteria apart from WAT and PI, such as performance in graduation, performance in CAT, work experience etc. These could vary across IIMs.

Final selection criteria
After normalizing the PI & WAT scores across panels, across centers, and across different IIMs, a combined merit list will be prepared for the entire lot of students to be considered for admission to the six new IIMs.

Each individual new IIMs will take the normalized PI & WAT score of the candidates shortlisted by them and combine it with scores for other criteria—CAT score, profile score and any other score to make their own individual merit list to make final offers to candidates.

There is a possibility that the candidates will be shortlisted by only some of the six new IIMs, and not by all.

Number of seats:
The six new IIMs which are participating in the CAP round are IIM Ranchi, IIM Rohtak, IIM Raipur, IIM Trichy, IIM Kashipur and IIM Udaipur.

As per Prof. Hari Sreekumar, Chairperson of Admissions, IIM Trichy, across the six new IIMs, we expect approximately 10000 candidates to be called for the process. The 6 new IIMs in total have approx. 786 seats for the academic year 2014-16.

Key dates
According to IIM Trichy, the WAT and PI process will start mid-February 2014, and will end mid-March 2014.

Participation of older IIMs
Though the first year of CAP did not have any participation from old IIMs, IIM Calcutta and IIM Lucknow participated in the process next year.

Names of the older IIMs who are participating for the CAP process of CAT 2013 are still awaited. MBAUniverse.com will constantly update you on the Common Admission process of 6 new IIMs for the academic year 2014-16.

Click here to know the admission criteria of all the 13 IIMs:

Stay tuned to MBAUniverse.com for more news and updates on Common Admission Process