MBAUniverse.com News Desk | :
November 25, 2014
IIM Ahmedabad the premier B school of India has announced the upwards revision in fee for its PGP and PGP-ABM programs 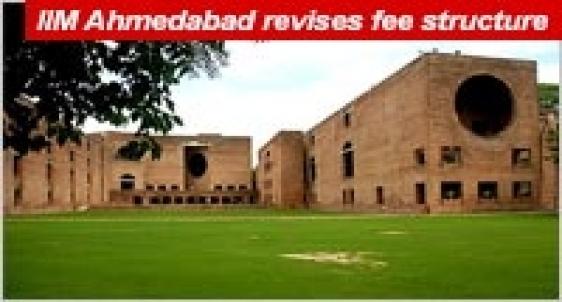 "Even as the Institute raises its fees, we emphasize our commitment committed to providing generous financial aid" Prof Ashish Nanda Dir IIMA

In a move that is going to make CAT 2014 test takers aspiring for admission opportunity in the top rated IIMA to shell more out of their pockets, IIM Ahmedabad the premier B school of India has announced the upwards revision in fee for its PGP and PGP-ABM programs from academic session 2015-16. The fee stands increased from the present Rs. 16.6 lakhs to Rs. 18.5 lakhs. The PGPX course fee is also being raised from Rs. 21.5 lakhs to Rs. 24.0 lakhs for the batch commencing from April 2015.

IIMA has not increased its fee for long duration programs for two years. During these past two years, CPI inflation rate in India was 9.7% in 2012 and 10.0% in 2013; it is projected at 8.0% for 2014. Commenting on the necessity to increase the fee Prof Ashish Nanda, Director IIM said “We have tried to cover increasing costs by focusing on efficiency, reducing cross-subsidization of other programs, support from executive education, increasing income from corpus, and intensifying fundraising.” Partly as a consequence of the fee restraint, IIMA PGP and PGPX fees are lower than those of some other comparable institutions.

Even as IIMA has been under increasing cost pressure, the Institute has been committed to providing education to all capable students, irrespective of their financial means. IIMA disbursed financial aid of Rs. 7.55 crore to 295 students in 2012-13 and Rs. 6.94 cr. to 242 students in 2013-14, which represents a significantly broader and deeper commitment than the financial aid programs of comparable institutions do. IIMA has also worked intensively with financial institutions such that currently several banks are offering incoming students loans covering 100% of their educational cost.

One consequence of all these efforts has been that IIMA’s post-graduate programs are among the most cost-effective management programs in the world. Earlier this year, The Economist ranked IIMA the fourth best institute globally in terms of return on investment for students.

IIMA is a financially autonomous institute in its operations. Fiscal prudence requires that, to remain financially self-sufficient, the Institute needs to raise its fees. For the PGP and PGP-ABM programs, the tuition fee increase is 10%, whereas administrative costs (for hostel, facilities, academic support, etc.) have increased at a higher pace owing to inflation. The cumulative fee increase for all three programs, of the order of about 11.5%, equates to about 3.7% annual increase over the three years.

“Even as the Institute raises its fees, we emphasize our commitment committed to providing generous financial aid and working intensively with financial institutions to make educational loans easily available, so as to ensure that capable students continue to be able to join IIMA irrespective of their financial means,” said Professor Nanda.

Ever since it was set up in 1961, IIM-A has excelled in the field of management education. In last decade or so, IIM-A has evolved from being India's premier management institute to a notable international school of management in just four decades. The MBAUniverse.com B School Rankings 2013, the third such ranking carried out by your portal, ranked IIM-A the No 1 B-school in India. IIM-A excelled in virtually every important parameter of the ranking. Almost 180,000 students applied to seek admissions for approximately 400 seats. This ensures that IIM-A can virtually handpick the very best candidates! The median domestic salary stood at Rs 14 lacs.

.IIM A, IIM K, IIM I, IMT Ghaziabad use Case study in GDPI round; How to solve Case study

IIM Admission 2014: Chance for 85 percentilers to get into an IIM