MBAUniverse.com News Desk | :
January 5, 2015
WAT in post CAT 2014 scenario is an important part of next phase of admission round 2015, the PI round at IIMs and other top rated B schools 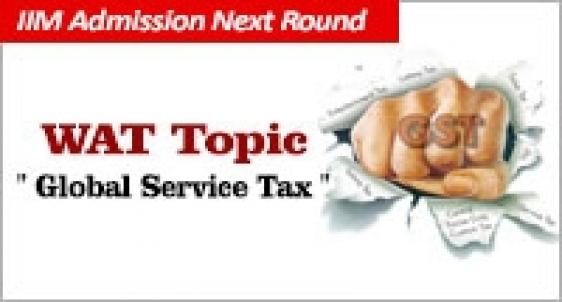 The intro, main body and concluding part in WAT should keep the reader engaged in your writing piece

Written Ability Test (WAT) in post CAT 2014 scenario is an important part of next phase of admission round 2015, the PI round at IIMs and other top rated B schools. Almost all the IIMs and other highly ranked B schools have started conducting Written Ability Test of 15-30 minutes. The shortlisted candidates on the basis of CAT 2014 scores will have to show their skill on writing ability.

WAT is an important component to convert your call in the final admission round along with Personal Interview. The weightage awarded to WAT by IIMs is very high at PI stage. You can grab or lose the opportunity of converting the call depending upon your writing skill. It is better to read much, write even more and in brief and coherent manner to express your thoughts systematically. The intro, main body and concluding part in WAT should keep the reader engaged in your writing piece. So avoid writing irrelevant.

MBAUniverse.com has started the series of such WAT topics to help MBA aspirants in post CAT 2014 to convert their call in the desired B school.

Goods and Service Tax (GST), one of the biggest taxation reforms in India is a comprehensive tax levy on manufacture, sale and consumption of goods and services at a national level. A right step to move forward with the ‘Make in India’ vision implementation of GST will get rid of multi tier and multiple taxation system in the country.

GST would be a destination based tax as against the present concept of origin based tax. It is going to replace all indirect taxes levied on goods and services by the Indian Central and State governments. As multiple taxes on a product or service are eliminated and a single tax comes into place, the tax structure is expected to be much simpler and easier to understand.

On the sides of the States, GST would replace State VAT, Central Sales Tax, Luxury Tax, Entry Tax (other than those in lieu of Octroi, Entertainment Tax, Taxes on advertisements, Taxes on lotteries, betting and gambling , State cesses and surcharges in so far as they relate to supply of goods or services

The implication of GST assures a single taxation system in the entire country for all goods and services making tax compliance easier and more effective. This will simplify India's tax structure, broaden the tax base, and create a common market across states. According to a report by the National Council of Applied Economic Research, GST is expected to increase economic growth by between 0.9 per cent and 1.7 per cent.

GST will be beneficial for Corporate Sector as the average tax burden on companies will fall. Reducing production costs will make exporters more competitive. The reduced cost of locally manufactured goods and services will increase the competitiveness of Indian goods and services in the international market and give boost to Indian exports.

Manufacturing sector in India is one of the highly taxed sectors in the world. GST when enforced would eliminate complexities in the present taxation structure and consequently prevent the loss of nearly 50% of the advantage of lower manufacturing costs that India has over the western nations. The individual will benefit from lowered prices in the process which will subsequently lead to increase in consumption thereby profiting companies.

While GST is having many advantages, there is also the other side with some irregularities. The basic exemption limit in excise of Rs. 1.5 Crores will be taken away in GST, which will affect the Small Scale Industries. Thousands & lakhs of industries in India are surviving only for one reason that they are not required to pay excise if their turnover does not exceed 1.5 crores. This had made their products cost efficient and saleable in the market.

The other disadvantage is that the services which hitherto were charged on receipt basis will be charged on accrual basis. This is an irony that even without having the certainty of receiving the payments for the services rendered; GST would be required to be paid, once invoice is raised.

In conclusion, the Goods and Service Tax (GST) reform will bring more transparency into the system and enhance competitiveness as well as efficiency of the manufacturing sector and its overall governance.

GST would aid manufacturers in accessing seamless credit across the entire supply chain. A well-designed GST is the most graceful method to get rid of distortions of the existing process of multiple taxation.

Considering the advantages of the GST in India, when enforced correctly it is definitely going to propel the way of economic growth in India by making Indian manufacturing industries comparable to the global industries.

WAT Topic for MBA: Law can be an instrument of social change

WAT Topics for MBA: Role of women in socio economic growth of the country

WAT Topics for MBA: Elimination of subsidies on Petroleum products will boost the image of government