MBAUniverse.com News Desk | :
June 7, 2016
Candidates who have been offered admission in more than one of the new IIMs are now confused which one they should choose 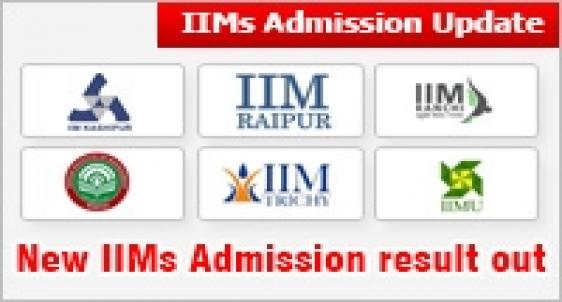 With the admission result announced by the new IIMs, candidates who have been offered admission in more than one of the new IIMs are now confused which one they should choose. Many of them have approached MBAUniverse.com about the current placement trends in the 6 new IIMs, so that they can get guidance while arriving at the right decision to choose the high RoI IIM among the new ones. It is worthwhile to note that the fee structure of 6 new IIMs is more or less same with little substantial difference but the placement 2016 has remained much varied at all of them.

The Corporate and Industrial sector recruiters who were facing slow down appear to have come out of the situation and now are eyeing on newer IIMs by making more recruitment offers and showering the students with higher placement packages as compared to past years. The placement 2016 shows a consistent growth in highest and average domestic salary packages as well as in the international job offers.

With economic slowdown over, ‘Make in India’ and ‘Start-up India’ infusing new energy in the industrial and corporate sector, the placement season this year in almost all the B-schools has shot to new heights and there are number of recruiters who are not looking for only IIM A, B, C graduates but the graduates from newer IIMs and other MBAs who have acquired good learning and can use their skills in the business market are their preferred catch.

IIM Kashipur: INR 53.75 lakhs package
Although a little late but IIM Kashipur has reported the highest international pay packet of Rs.53.75 lakhs in Placement 2016 recording a salary increase of more than Rs.10 lakhs per annum.

IIM Raipur: International placement Rs.30 lakhs
IIM Raipur has concluded its final placement 2016 on a high note with early completion of placements for the batch of 2014-16, fortifying its position as one of the most sought after business schools of the country.

The batch size of the 2 year PGP 2014-16 at IIM Raipur is 118 students out of which 116 were eligible for placement. 5 students opted out of the placement 2016 process. All the 111 students who participated in placement got suitable offers.

The highest domestic remuneration at IIM Raipur was INR 21.50 lakhs, average package stood at INR 12.51 lakhs and the highest International package was equivalent to Rs. 30 lakhs in placement 2016.

The year saw IIM Rohtak strengthen its relationship with 30 past recruiters and established relationships with 18 new companies. Out of 145 students 8 opted out of the placement process. Rest 137 students got placed receiving more offers from 48 recruiters

While the top 10 percentilers got an average annual compensation of Rs. 19.80 lakhs, the average salary for top 25 percentilers was Rs. 17.34 lakhs followed by Rs. 15.62 lakhs for top 50 percentiles. For top 75 percentile it stood at Rs14.25 lakhs per annum and the lowest salary offered remained at Rs.8.39 lakhs.

IIM Udaipur: Highest CTC INR 21.50 lakhs
Placement 2016 at IIM Udaipur was marked with grand success with Domestic and international offers being made by 39 recruiters to 110 students of the Institute. 25% of the total job offers came from the BFSI, followed by 22% from IT sectors.

Advisory
According to Prof S K Agarwal, mentor on CAT preparation delaying the admission without any concrete ground may result in missing the bus. Instead choose your pick out of the 6 IIMs. Your future is secured with an IIM and by the time you pass out after 2 years, you may get another surprise that all these IIMs have started awarding MBA degree instead of PGDM as MHRD is ready with a bill to be tabled in Parliament on this issue.

6 new IIMs to announce shortlist after admission process over in rest 13 IIMs; get ready for dual opportunity at low CAT

Stay tuned to MBAUniverse.com for more updates on MBA admission 2016