close
MBAUniverse.com News Desk | :
June 30, 2020
One of the CAT 2019 toppers with a score of 206.86 Marks and 99.95 percentile, Raghav Gupta has been denied admission by IIM Ahmedabad. While IIM Ahmedabad may have a valid point of view in this rejection, the candidate has approached the Hon’ble High Court of Gujarat for lack of transparency in IIM Ahmedabad admission process and for not providing him with the bifurcation of total scores 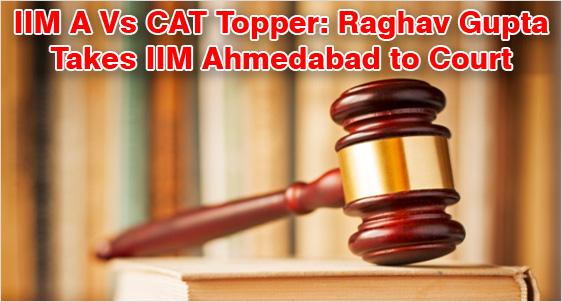 IIM Ahmedabad is facing court trial for denying admission to the candidate with 99.95 percentile in CAT 2019 exam. The candidate used RTI Act to know the bifurcation of total marks scored by him in  final selection process. However on the ground that IIM Ahmedabad did not provide this bifurcation, Raghav has filed a case against the institute in the Court of Law.

Ranked among the top 110 performers in CAT 2019 with a score of 206.86 Marks and 99.95 percentile, Raghav Gupta was shortlisted by IIM Ahmedabad for PI-AWT round for admission to PGP 2020-22 batch. However, IIM Ahmedabad did not find him suitable in PI-AWT round. Dissatisfied Gupta has approached the Hon’ble High Court of Gujarat for lack of transparency in IIM Ahmedabad admission process. The court has asked IIM Ahmedabad not to fill its all the seats for PGP 2020-22 and keep a seat vacant till the decision is taken in the matter. Next hearing of the case is scheduled on July 6, 2020.

All the IIMs shortlisted Raghav Gupta, but he preferred IIM Ahmedabad which has not offered him admission nor the institute has entertained and responded with the information he sought through RTI Act.

Raghav was not left with any other option but to file petition in the court. In his petition filed before Honorable High Court of Gujarat, Raghav has cited judgement by Hon’ble Supreme Court of India. According to the petition, the SCI decision does not permit any institute to award more than 15% weightage in Personal Interview Round as it creates arbitrariness in the admission process. However, IIM Ahmedabad generates merit list on the basis of  Final Composite Score (FCS) which awards 50% weightage performance in Personal Interview (PI) round; 10% weight to AWT score, 25% weight to CAT score & 15% to Academics. According to the petition, higher weightage should be awarded to CAT exam score.

IIMs Public Institutions: Must Respond to RTI – Says Petition
Another key point that the petition highlights is that the IIMs have become public authority after passing of IIM Act 2017. As such they cannot refuse to entertain the information sought under RTI Act and must provide the bifurcation of his total score.

Why IIM Ahmedabad may have rejected CAT Toppers?
MBA is not merely a professional degree course. The EQ is more important than IQ only while pursuing your MBA degree from a top institute. It is more about your leadership and ability to excel in corporate. While your written exam score measures your intelligence to an extent, the final selection process is based on your leadership qualities which are necessary for your career in Industry and corporate sector.  Accordingly, more than depending upon the CAT scores, the top institutes award high weightage to written, communication and interpersonal skills as is done by IIM Ahmedabad.

IIM Ahmedabad released the final merit list for admission to PGP and PGP-FABM 2020-22 batch on May 8, 2020. Final admission 2020 at IIM Ahmedabad was delayed due to countrywide Corona virus lockdown. The institute released the shortlist of 29085 candidates on January 6, 2020 for AWT-PI round with a reduced weightage for CAT 2019 score. 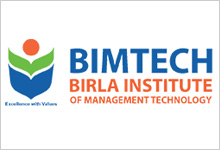 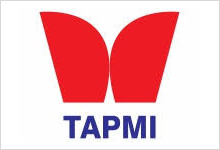 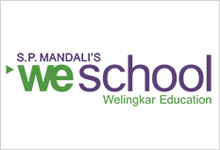